Voice Alarm is the quickest way to evacuate a building as simple unambiguous messages tell people to leave the building in an orderly manner.

The TTR (time to recognition) for a voice alarm is four minutes for an automatic message or 30 seconds for a live message, compared to over 20 minutes for a standard bell or sounder.
The ability to broadcast live messages from the person controlling the evacuation also speeds evacuation of complex buildings, reducing crowding in pinch points such as stairwells.
Voice Alarm Systems (VAS) are required in buildings that specify “Phased Evacuation” and is usually those commercial buildings over 30m in height where saleable space is a premium.
By fitting a voice alarm, architects can make the stairwells in these building smaller, saving space and allowing more usable space.
For reference consult BS9999;2017.
On a day to day basis the Voice alarm can be used for the broadcast of general messages (referred to as PA) and background music (BGM) to lobbies and other spaces. 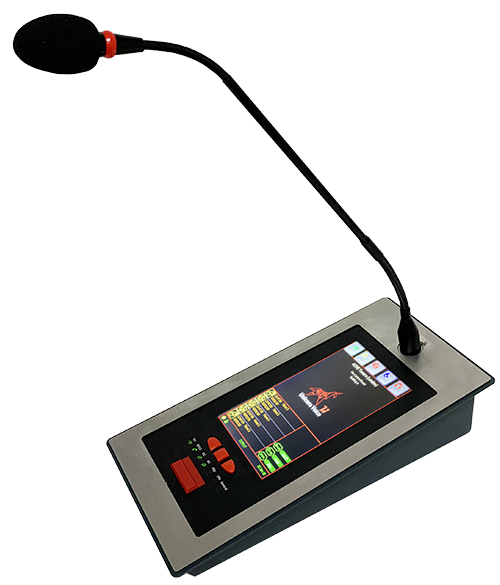